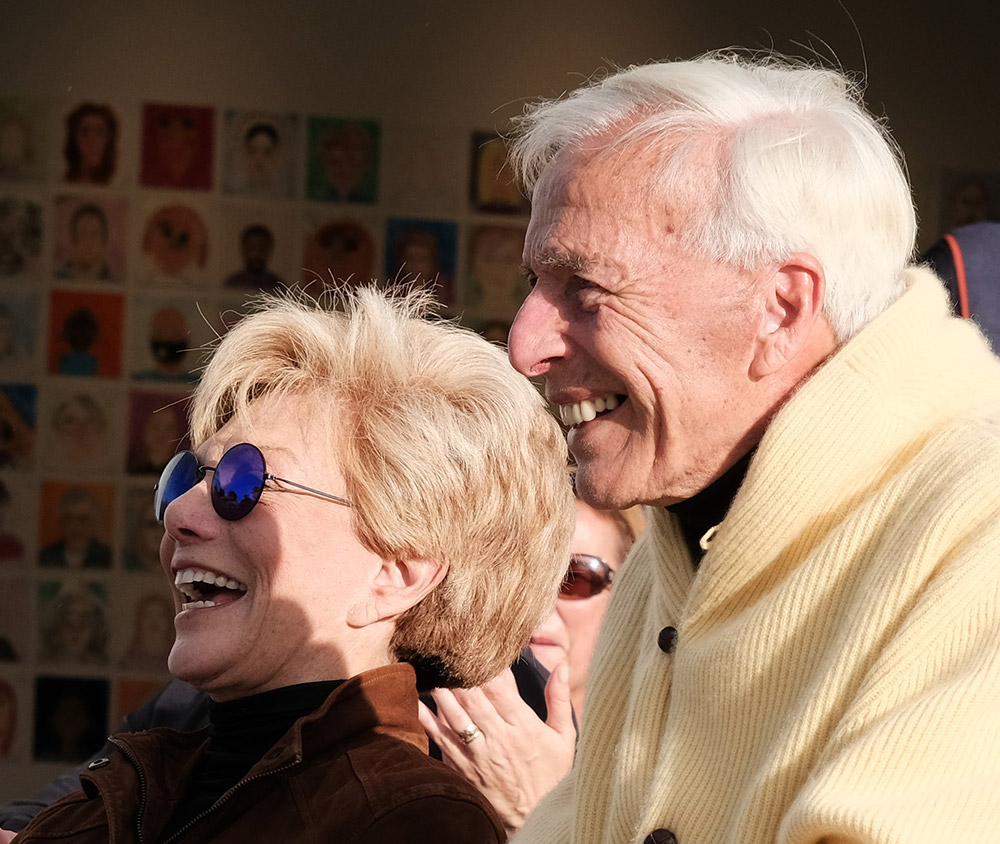 Aris Demetrios and his wife Ilene Nagel (Demetrios) in September 2021 at the CAM Green. Photo by Kirk Williamson.

It is with great sadness that the Cape Ann Museum notes the passing of Aristides “Aris” Burton Demetrios, a noted sculptor, a long-time Gloucester resident and a great friend of the Museum. Aris died in Santa Barbara, California, where he lived with his wife, Ilene H. Nagel Demetrios.

A graduate of Gloucester High School and Harvard University, Aris Demetrios studied architecture at the University of California, Berkeley and since 1959 made California his home. During his more than half-century career, Demetrios received numerous awards and public and private commissions. Among his most well-known works are the White Memorial Fountain on the campus of Stanford University and a fountain at the Monterey Bay Aquarium. Here on Cape Ann, Demetrios is represented by Sea Harvest, a fountain commissioned by the Sawyer Free Library and installed outside the library’s main entrance on Dale Avenue. He is also represented by his recent piece Etruscan King and Consort, an 8-foot-high figurative sculpture created specially for the Cape Ann Museum’s Janet & William Ellery James Center. Demetrios and his family traveled to Gloucester this past September to participate in the unveiling of the work in an emotional and heartfelt ceremony. 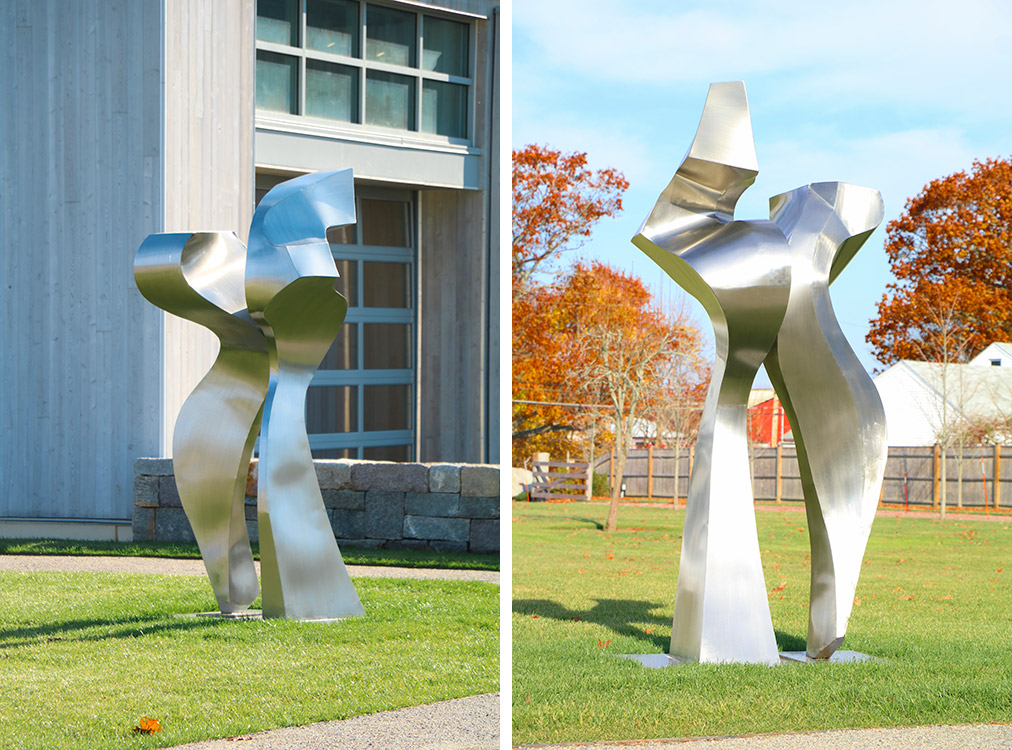 Etruscan King and Consort by Aris Demetrios, located at the CAM Green. Photos by Leon Doucette.

In 1986, Aris was instrumental in planning and installing a major exhibition of his father George’s work at the Cape Ann Museum. In the years since that time, the Demetrios family has made numerous gifts to the Museum’s permanent collection, making the organization a repository for the family’s work. The creativity and generosity of the Burton Demetrios family is one of Cape Ann’s greatest legacies, an inspiration to current and future generations.

Aris’ deep connection to Cape Ann inspired his desire to provide instrumental support for the Museum by establishing The Aristides Burton Demetrios Sculpture Program Fund, whose purpose is dedicated to enhancing the presence of sculpture for the CAM community. This fund will support and enrich educational initiatives and the acquisition and care of sculpture for CAM's collection.

If you wish to make special gift to celebrate Aris’ contributions to the CAM community and his enduring gifts to the world of sculpture, please do so here.