In the 1950s, the St. Mary’s Episcopal Church in Rockport produced a cookbook with favorite recipes submitted by parishioners, a group that happened to include several resident artists and family members. The list of entries ranges from Kitty Recchia’s “Hardscrabble Apple Cake” to Saima Hancock’s “Cranberry Sherbet” to Isabel Manship’s “Lanesville Relish.” Here are a few highlights to try at home!

Eleanor Weber Hershey
Samuel Hershey’s portrait of his wife, Eleanor Weber Hershey, anchors her to her hometown of Rockport with recognizable landmarks in the background such as the famous red fisherman’s shack on Bearskin Neck. Meanwhile, her pleated plaid skirt and recipe for oatcakes suggest a nod towards Scottish heritage. 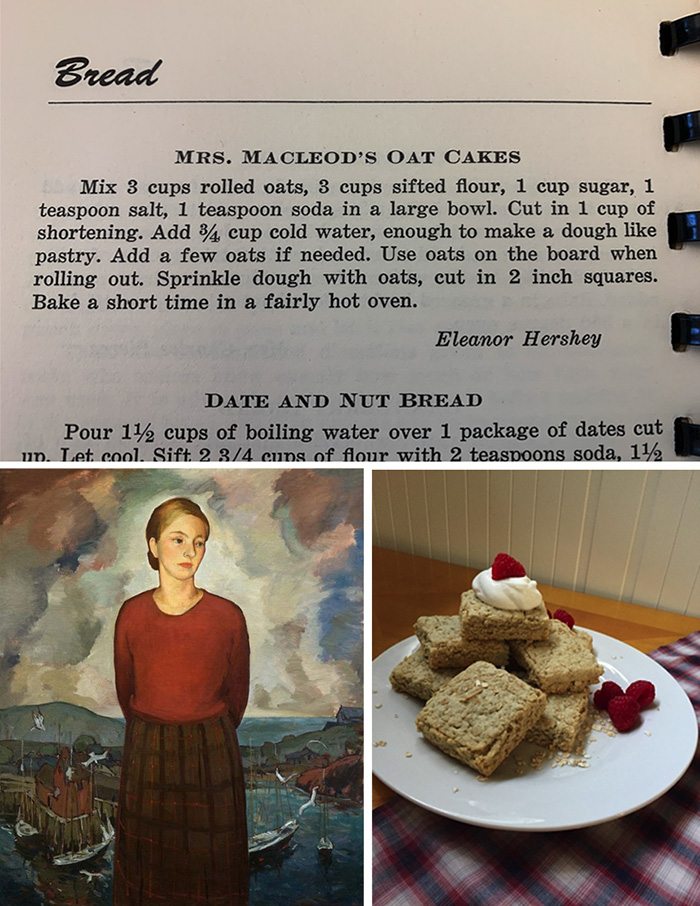 Louise Kenyon
Louise Kenyon’s culinary skills are on display with two recipes in the St. Mary’s Episcopal Church cookbook, one for fish cakes and the other for apple cake. Born in Newton, Massachusetts, Louise Kenyon first joined the Folly Cove Designers in 1940 after moving to Cape Ann with her husband Paul in the early 1930s. He eventually became the editor of the Gloucester Daily Times while Louise went on to create 30 jury-approved designs in her long career as a member of this highly respected group of women artisans. Here, two of her works are paired with her mouthwatering entries. 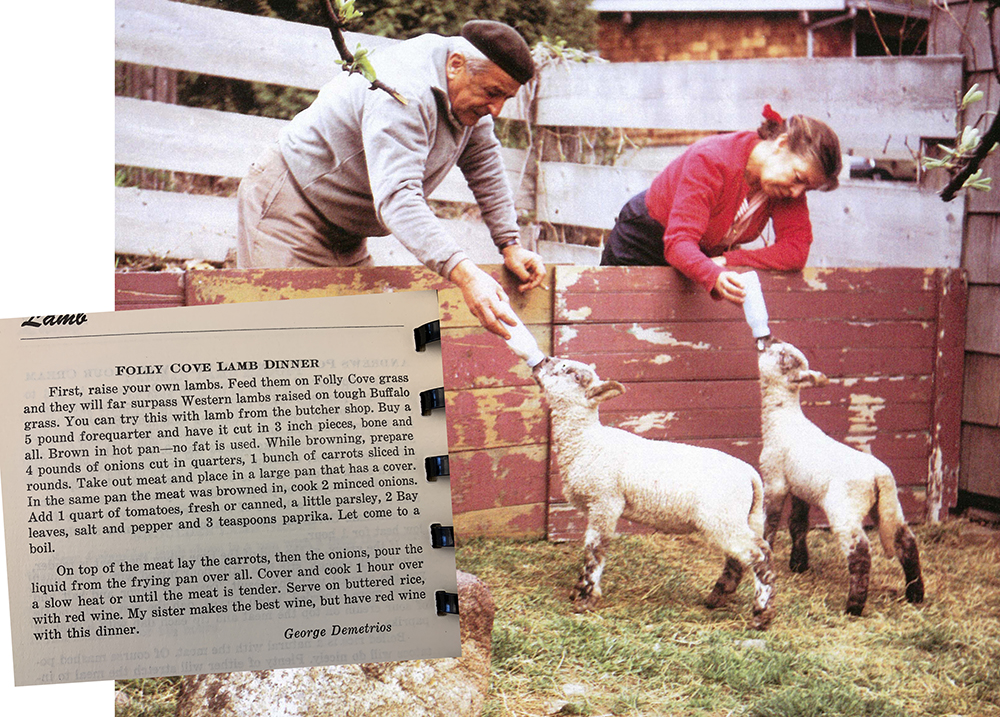 Ruth Holberg
Children’s book author Ruth Holberg and her artist/illustrator husband Richard moved to Rockport from Wisconsin in the early 1900s. In addition to a plethora of recipe entries in the St. Mary’s Episcopal Church cookbook, Ruth authored several books with recommendations for successful hostessing and entertaining in the 1950s that can be found in the CAM Library. Although quaint by today’s measures, her books offered a sincere attempt to be of assistance during an era in which providing a high level of comfort and culinary happiness for family and guests was often the sole responsibility of women. Here is Ruth’s recipe for round steak, which leaves plenty of time while it bakes to clean the kitchen, set the table, and freshen up before diners arrive! 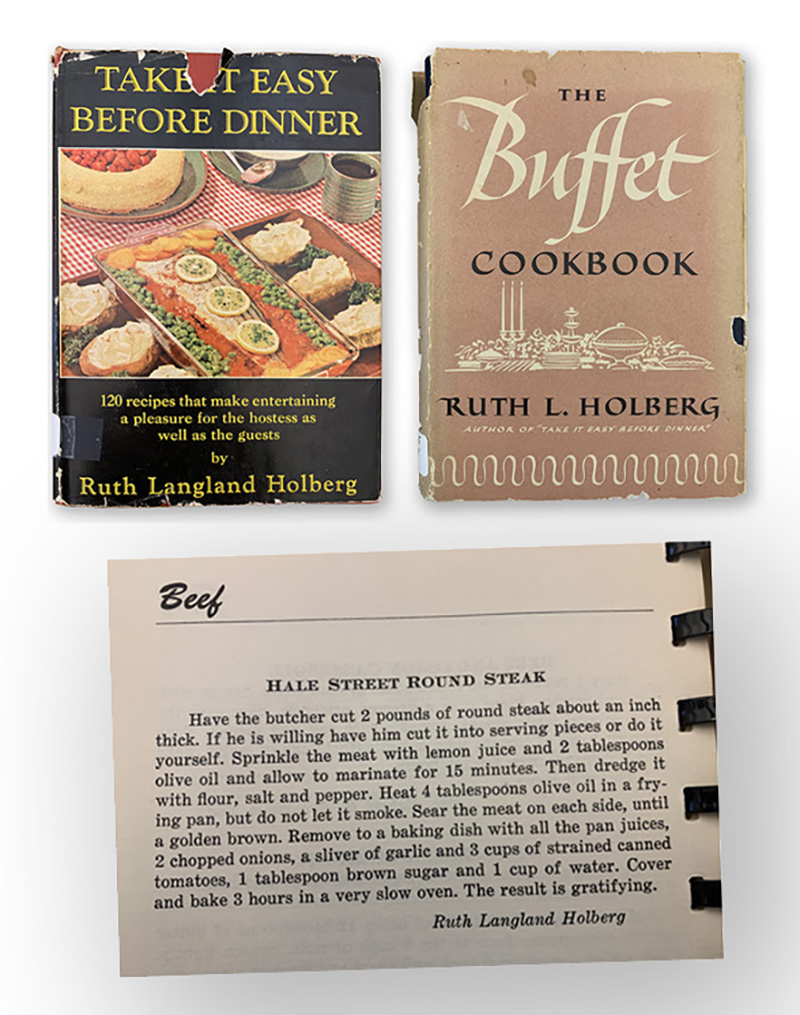 Emma Fordyce MacRae
Early 20th century painter Emma Fordyce MacRae spent much of her time in Gloucester starting in the 1910s. Below is a landscape that features one of her favorite harbors, Pigeon Cove, and demonstrates her distinctive method of working the paint and capturing diffused light. Perhaps on days while she was engrossed in painting such local vistas, her husband Dr. Homer Swift was whipping up a batch of his fish chowder for their dinner.