The Burning of the Packet Ship Boston 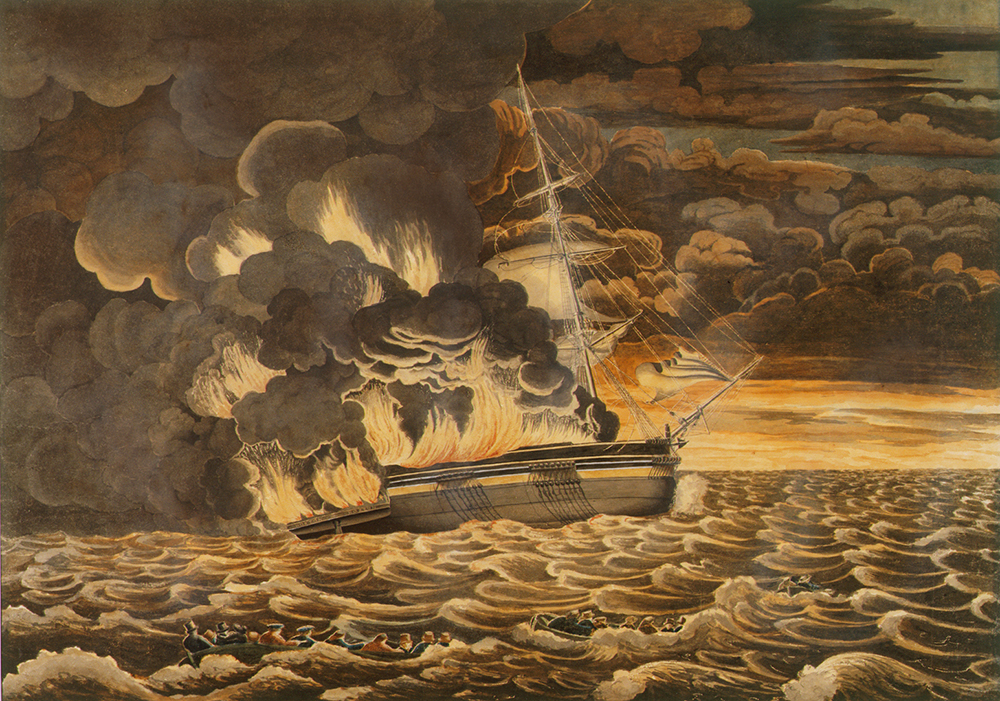 The history of Cape Ann is filled with accounts of disasters at sea and the ensuing loss of life. The sinking of the ship Boston in May 1830 is just one example, a dramatic story of what sadly was a commonplace occurrence in a seafaring community.

The Boston was a 428-ton ship built by Thacher Magoun in Medford, MA; she was commissioned by the Boston & Liverpool Line, a group of investors who hoped to become wealthy sending vessels from Boston to Liverpool, England, on a regularly scheduled basis. The term “packet,” which is used to describe the Boston, indicates that its regular trips were intended for both goods and passengers. When New England merchants were unable to supply cargos that would turn a strong profit, ships like the Boston were sent first to southern ports, including Charleston, South Carolina, where shipments of cotton—a commodity much in demand amongst English textile manufacturers—could be secured.  In so doing, firms like the Boston & Liverpool Line became an integral part of this nation’s slave-based economy of the antebellum period. 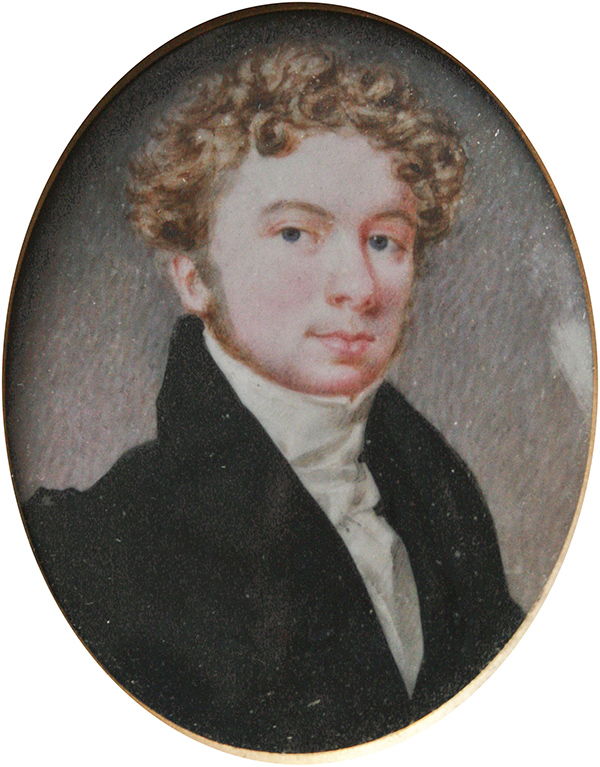 The sinking of the Boston is well documented.  The vessel left Charleston bound for England in mid-May 1830; on board was a cargo of cotton, six cabin passengers and a crew of 14 under the command of Capt. Harvey Coffin MacKay (1786–1869) of Gloucester. On May 26, the ship was struck by lightning which started a fire in the cotton stowed below decks. The crew began throwing the smoldering cotton overboard as they tried to extinguish the fire with seawater. Realizing the futility of the situation, the crew abandoned their efforts and turned instead to filling the lifeboats with fresh water and provisions. Three hours after the lightning struck, passengers and crew abandoned the Boston. Valuables and mementos, including the ship’s log and a water bucket, were salvaged from the ship as it foundered. By the time the crew and passengers were rescued by a passing vessel two days later a young passenger, Miss Ansilla Boag, had succumbed.

As luck would have it, in addition to the log of the Boston and one of its water buckets, the Museum has a remarkable rendering of the disaster, done in watercolor by Fitz Henry Lane (1804–1865). Lane was not a passenger on the Boston but rather did this painting using a sketch done by Samuel S. Osgood (1808–1885), an artist who was on the vessel. Lane also relied on an oral description of the event provided by the Boston’s first mate, Elias Davis Knight of Gloucester. Lane was a young man at the time he did The Burning of the Packet Ship Boston, working as a lithographer in Boston. When the survivors of the Boston were landed at the Boston & Liverpool Line’s headquarters on India Wharf in Boston, news would have spread quickly through the city. While Lane’s composition is rich in detail, from the damaged rigging lying slack against the side of the vessel to the lifeboats full of survivors just visible in the foreground, the repletion of colors and shapes gives the work a sense of flatness. For all its naïveté, however, the work foreshadows the greatness Lane would soon achieve.

For many years after its was painted, Lane’s watercolor of the Boston was owned by Elias Davis Knight, the first mate on the ship.  In 1869, Knight gave the work to Lane’s friend Joseph L. Stevens, Jr. From Stevens, the watercolor passed to Samuel Mansfield who donated it to the Cape Ann Museum in 1924. 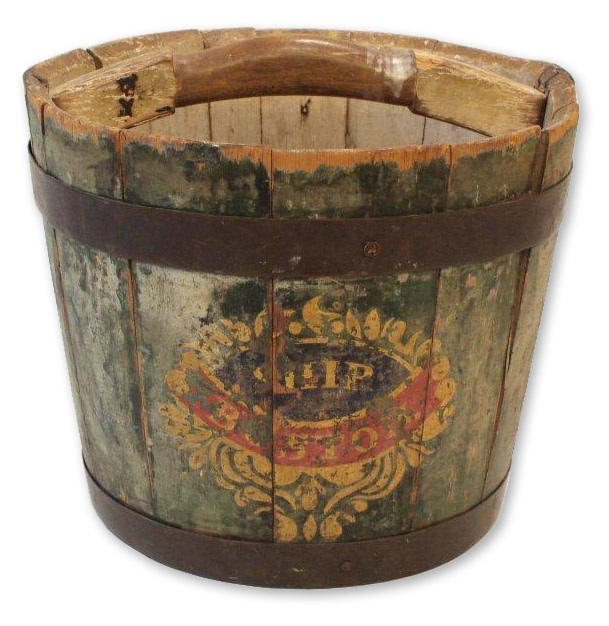 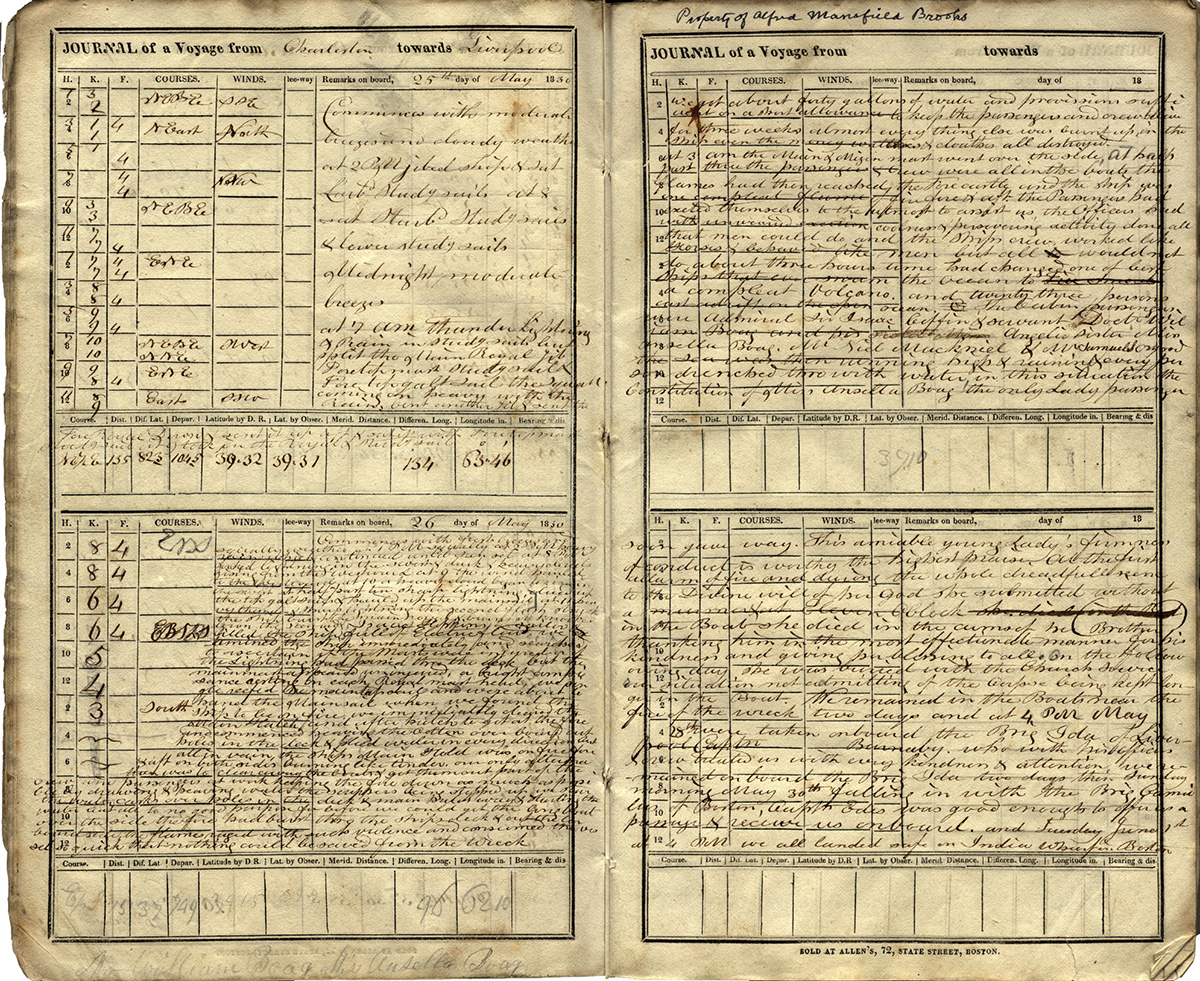