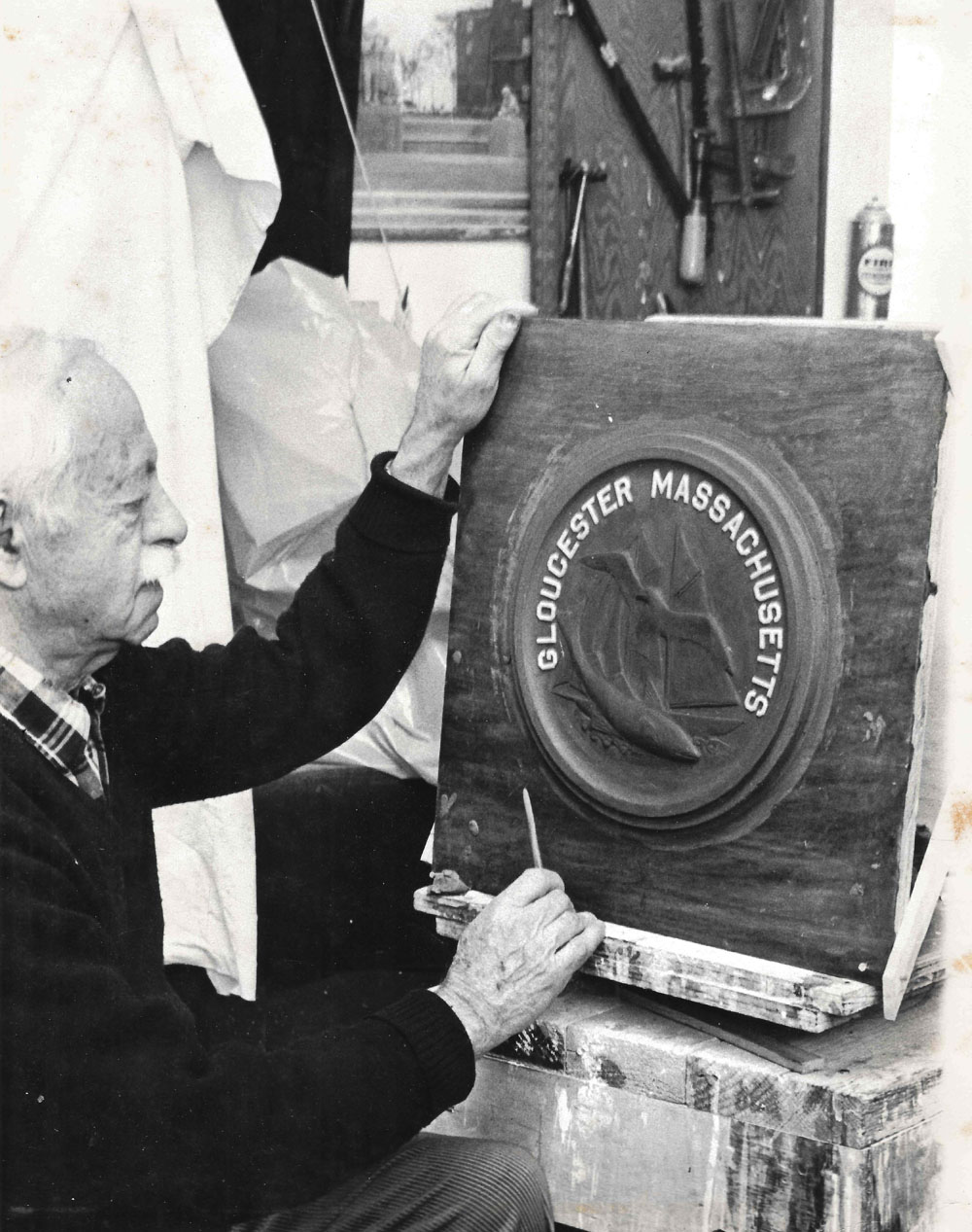 George Aarons was born in Lithuania and came to the United States in 1906. His early artistic training in drawing and sculpture included classes at the School of the Museum of Art in Boston (where he studied under Bela Pratt) and at the Beaux-Arts Institute in New York. During the 1930s, Aarons was employed through the government-sponsored Works Progress Administration.

Aarons first began coming to Cape Ann in 1945, and in 1951 he and his wife Gertrude built a studio at the end of Eagle Road in the Bass Rocks section of East Gloucester. Aarons was an active member of the North Shore Arts Association and the Rockport Art Association and taught sculpture here on Cape Ann. He was selected to create the official for the City of Gloucester’s 350th Anniversary celebration in 1973. George Aarons worked in many mediums—wood, marble, plaster, bronze—and, in the words of friend and fellow sculptor Walker Hancock, “develop[ed] his own distinctive style of simplification and creative abstraction.”