Phillips & Holloran, one of Cape Ann's longest-lived and most successful architectural firms, produced 300-plus sets of drawings which are now preserved at the Cape Ann Museum.  The firm was in business from 1894 through the 1960s. Their output included private residences, civic buildings, summer hotels, artist studios and commercial structures. They designed new construction as well as renovations and additions to projects initiated by other architects.  They oversaw installation of heating and electrical systems, laid out tennis courts, converted horse stables into automobile garages and designed bandstands.  For decades, they were the go to architects on Cape Ann. 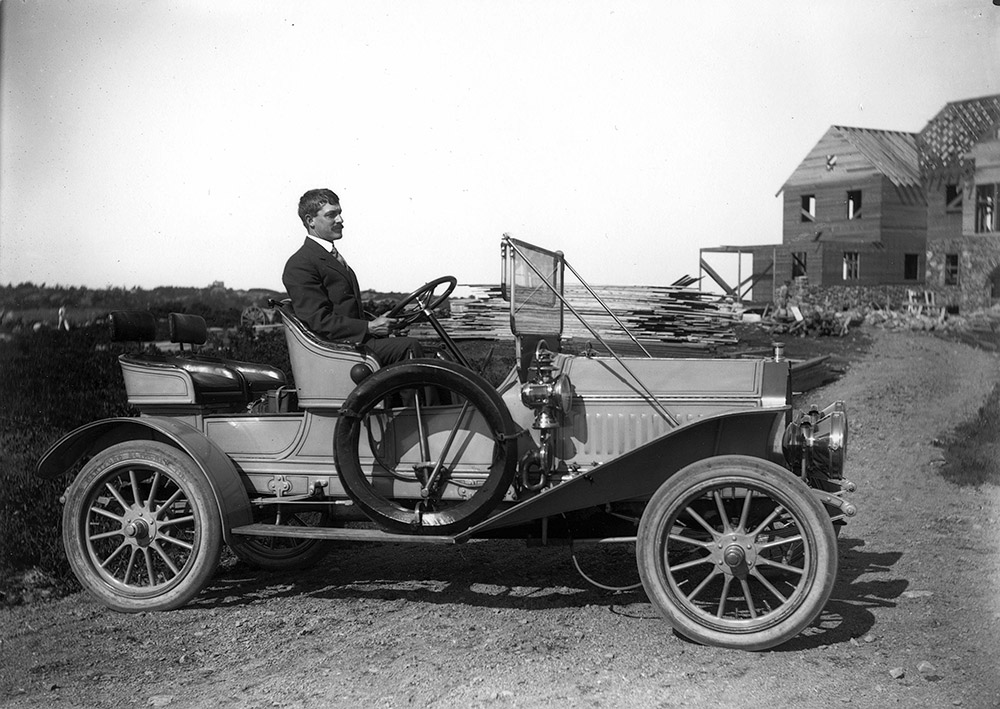 Ezra Phillips in East Gloucester, c. 1920. Cape Ann Museum Archives. Image courtesy of The History in Photograph Collection. In the background, under construction is Balmaha, a summer house in East Gloucester designed by Phillips. c. 1920.

The principals in the practice were Ezra L. Phillips (1870–1937) who trained with Hartwell & Richardson in Boston and who started the firm in 1894; Timothy Francis Holloran (1883–1966) who was apprenticed to Phillips as a young man and became a partner in 1926; and Robert T. Holloran (1919–2008) who received a degree in architecture from Wentworth Institute before joining in business with his father. Working during a time that witnessed the professionalization of the field of architecture, these men and their associates left an indelible mark on a substantial and important swath of Cape Ann’s built environment. 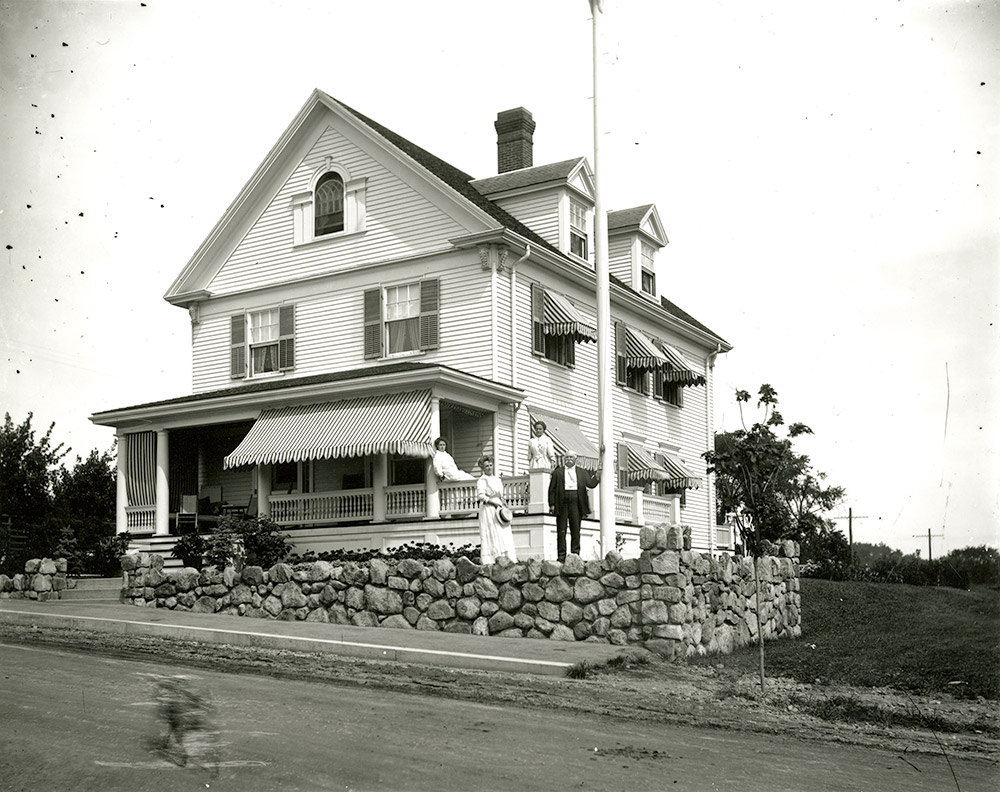 The second half of the 19th century and first quarter of the 20th witnessed a surge of residential growth across Cape Ann. Fueled by profits realized in the fishing and granite industries and the expanding tourist trade, people flooded into the area, some for summer getaways and others to live here permanently.  Open land was divided into building lots, streets and essential services were extended to outlying areas and new neighborhoods quickly sprung up. Phillips & Holloran rode the crest of this wave of expansion and over the decades their output reflected most of New England’s and indeed America’s major architectural trends of the period.  From sprawling summer cottages of the 1890s with their shingle-clad facades, wrap-around porches and picturesque half-timbering detailing, to modest single-story houses constructed of cinder block and intended for veterans returning home from World War II, Phillips & Holloran had residential designs to meet all needs. 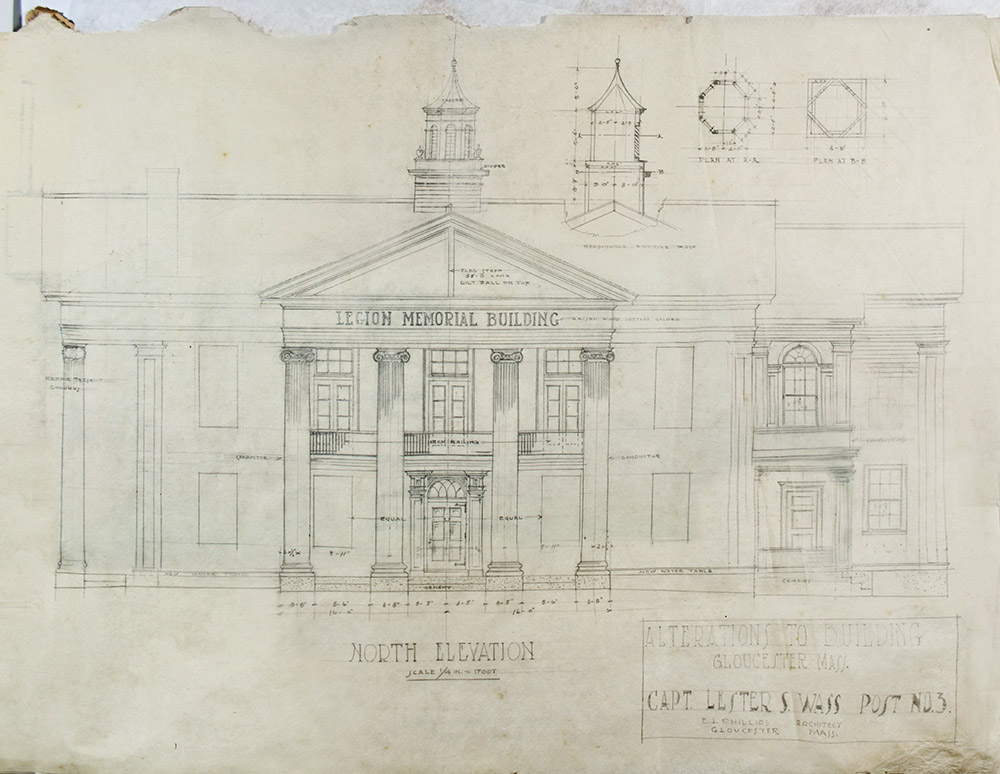 In addition to residential work, Phillips & Holloran landed many contracts for municipal projects, particularly renovations.  One of the earliest, secured in 1910, was for an addition to Gloucester’s almshouse.  From there the firm went on to work on Gloucester’s City Hall, several schools in the community including buildings on Dale Avenue and Maplewood Avenue, the Sawyer Free Library and the old Gloucester Police Station located at the corner of Duncan and Rogers Streets.  For many of these projects, Phillips & Holloran worked from plans drawn by earlier architects, using them to determine how best to incorporate updates and improvements such as heating vents, fire escapes, drainage pipes, and additional office and classroom space. A happy consequence of projects such as these was the preservation of several sets of drawings by other architects within the Phillips & Holloran collection including those by Bryant & Rogers of Boston for Gloucester’s City Hall (1870); Lord & Fuller, of Boston for Gloucester’s Police Station and Court House (1883); and Bailey & Rogers, Boston for Gloucester’s Maplewood Avenue grammar school (1899).

In addition to residential and municipal projects, Phillips & Holloran was called upon regularly for commercial and industrial design work.  With offices in central Gloucester and its principals prominent members of the business community, Phillips & Holloran was well positioned to secure contracts from businesses such as Gorton-Pew Fisheries (when they upgraded their canning factory), the Russia Cement Company (when they redesigned the directors’ offices and the machine shop), and the Addison Gilbert Hospital (when they expanded their maternity wing in the mid-1930s).  The same was true when W. G. Brown wanted to expand his department store on Main Street in Gloucester and when J. K. Pulsifer envisioned a huge new building in downtown Manchester bearing his name.  Such a wide net did the firm cast that reviewing the myriad of projects they were engaged in is like walking through the history of Cape Ann since 1900. 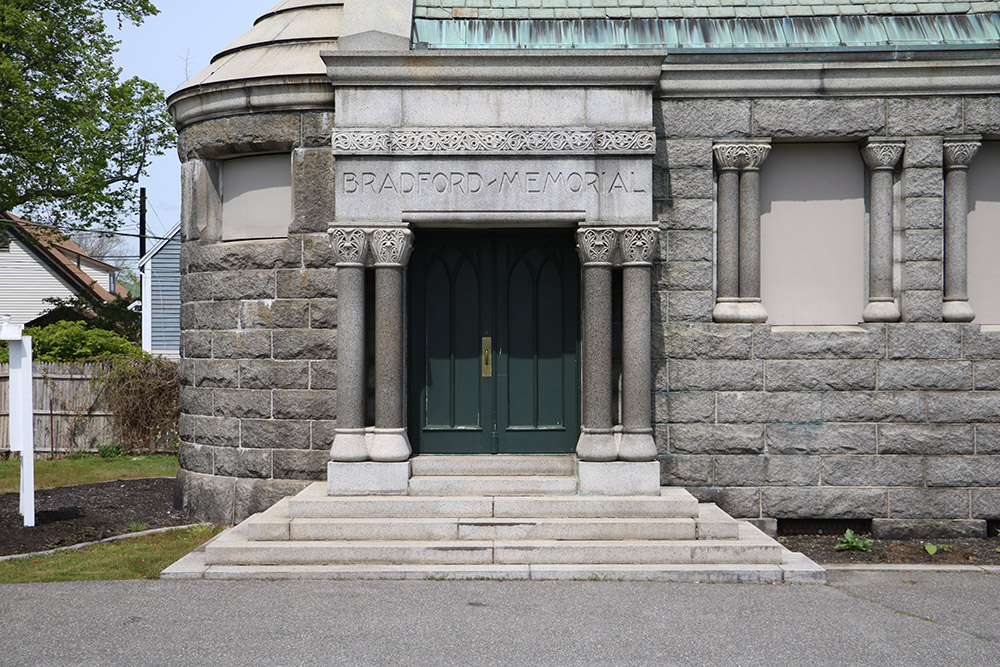