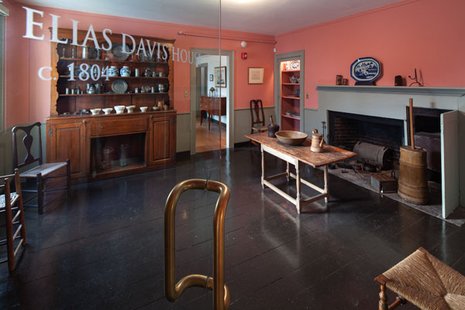 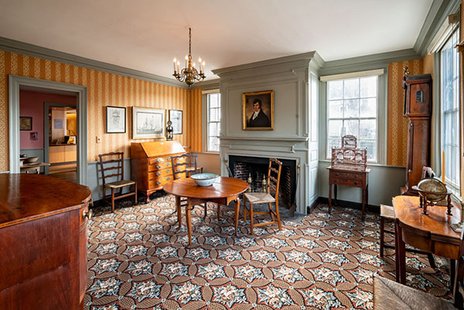 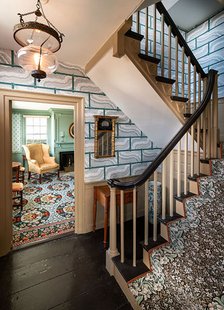 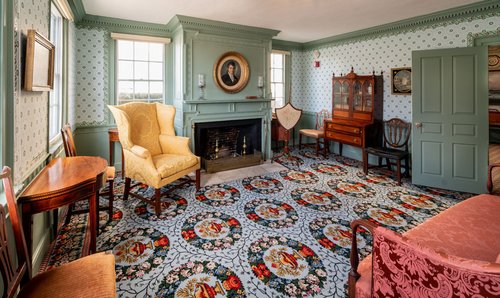 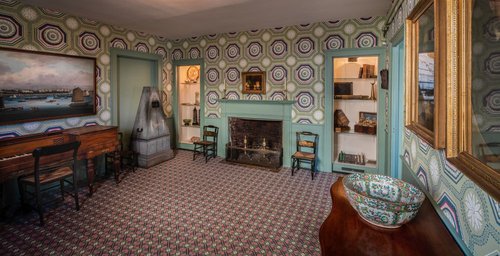 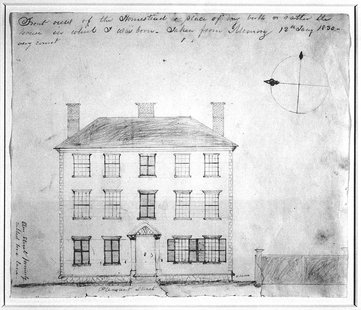 Façade of the Captain Elias Davis House, 1830. Pencil on paper. 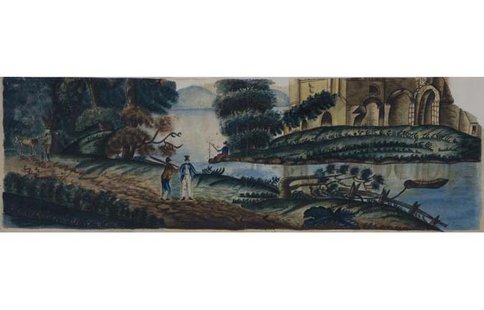 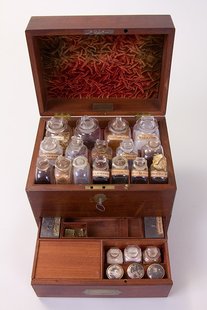 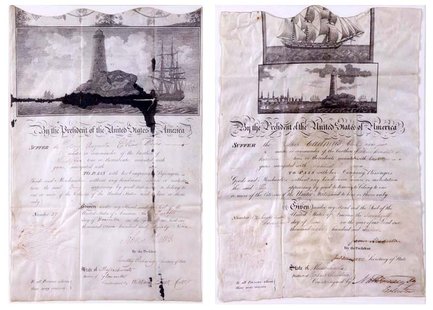 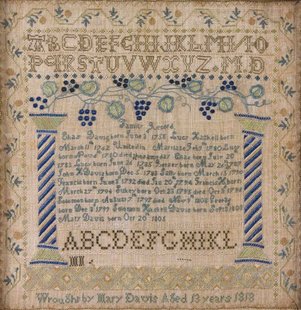 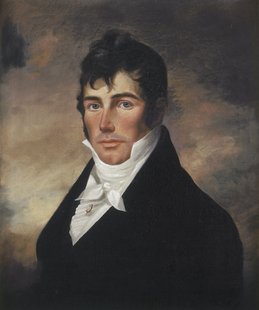 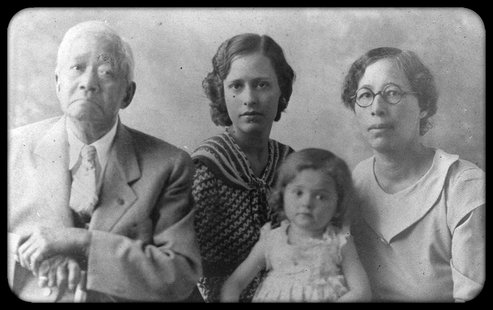 In early 2019, historically appropriate carpeting was installed in three of the principal rooms of the Capt. Elias Davis House (c.1804) and on the staircase leading to the second floor, bringing to completion the project begun with the hanging of period wallpaper in 2017. Both the carpeting and the wallpaper projects were funded through the generosity of Museum members and friends.

The Captain Elias Davis House, built in 1804 by one of Gloucester's most successful sea captains, houses much of the Museum's Furniture and Decorative Arts Collection.

Four of the house's 12 rooms are open to visitors. In keeping with life in the early 19th century, the Captain Elias Davis House is furnished and decorated with domestic and personal items.

Many of the objects in the house actually belonged to Elias Davis and his descendants, and include:

Just across Federal Street, adjacent to the Museum, is a virtual twin to the Davis house. It was built by the widow of another prosperous Gloucester businessman, Samuel Somes. The Davis house was designed and constructed by housewright Jacob Smith and copied by his younger brother for the Somes family.