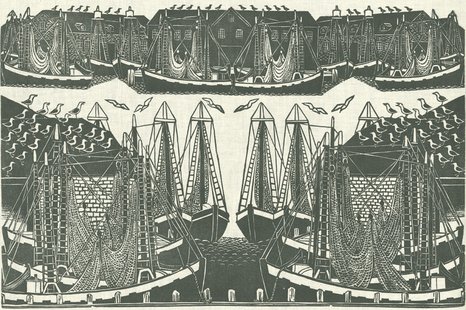 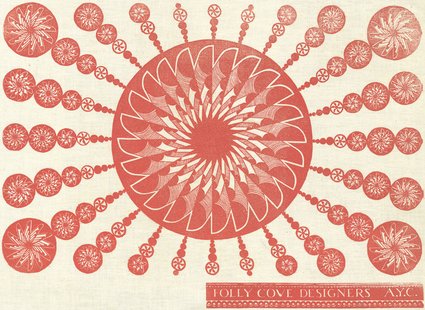 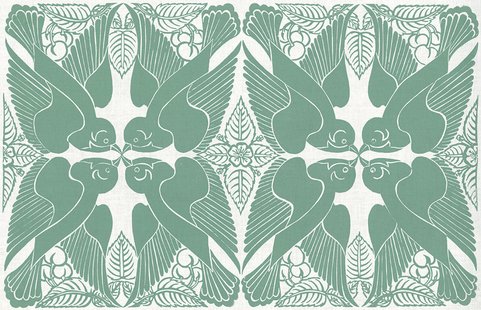 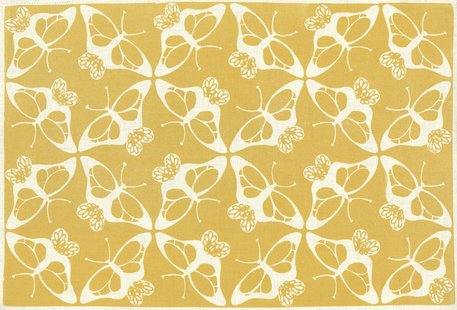 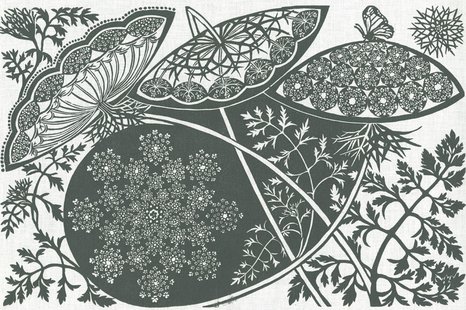 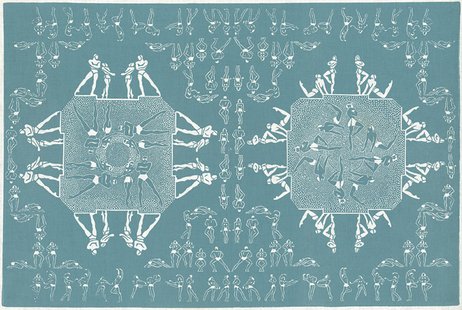 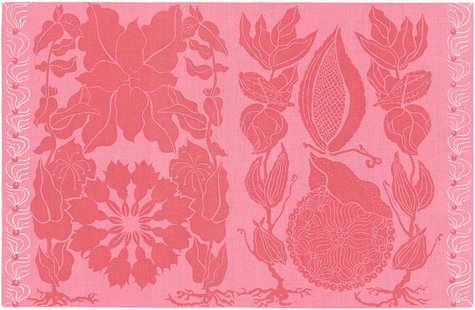 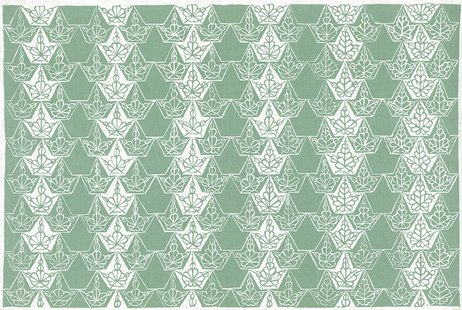 → Click here for a list of the Folly Cove Designers with links to works in the Museum's collection.

The Cape Ann Museum houses the largest collection of work by the Folly Cove Designers, a group of designer-craftsmen who worked together from 1938 to 1969. They produced carefully wrought designs cut into linoleum blocks and printed (primarily) on fabric. Their common interest was in producing solid designs and in good craftsmanship. The Museum's collection includes printed textiles and paper, items made from their fabrics, and examples of the linoleum blocks they carved. 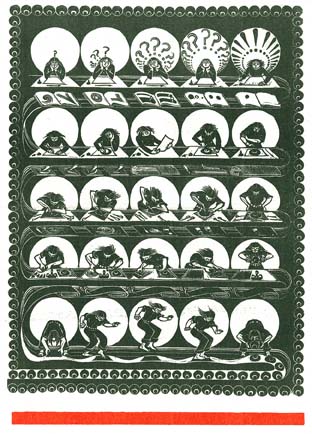 The Folly Cove Designers was composed almost entirely of women, most being residents of Cape Ann and a majority having no artistic training prior to becoming involved in the group. They worked under the leadership of Virginia Lee Burton Demetrios, who devised a design course which she offered to her friends and neighbors in the Folly Cove neighborhood. Participants were urged by Demetrios to look to their surroundings for inspiration, to draw "what they knew" and to sketch their subjects over and over again until they made them their own. 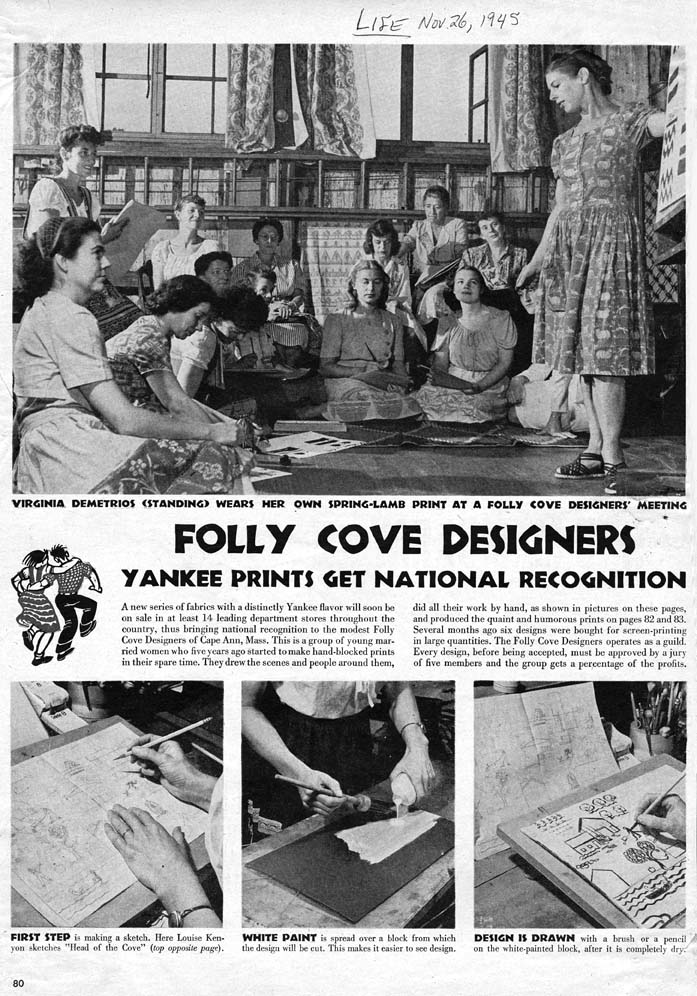 The Folly Cove Designers operated in a manner similar to Medieval Guilds. Each member worked on their own, at their home or in their studios. Once a month a group meeting was held at which ideas were exchanges and critiques offered.

In 1943, the group instituted a jury made up of senior members who served on a rotating basis. Once a candidate for membership had completed Demetrios' design course they would submit an original design for approval by the jury. When the design was accepted, the designer would transfer it to a linoleum block, and then carve it out, a process which could take as many as 100 hours or more. The design would then be printed on fabric using printer's ink. 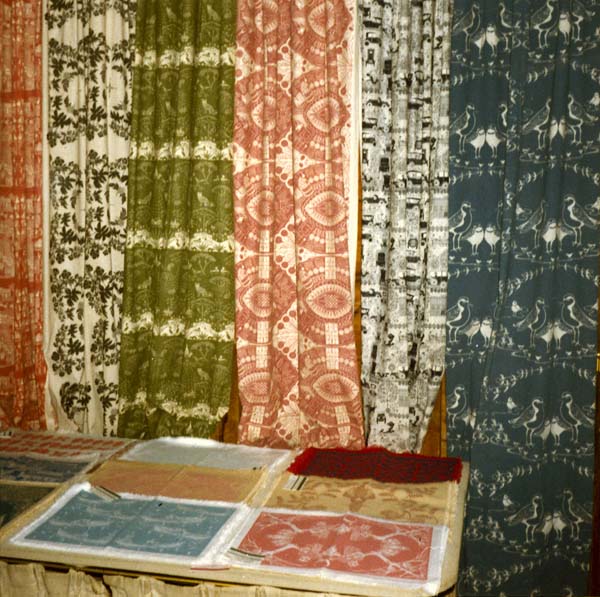 Between 1941 and 1955, the Folly Cove Designers participated in 16 museum exhibitions. They also supplied designs to a number of well known wholesalers and retailers including Lord & Taylor, F. Schumacher, Rich's of Atlanta and Skinner Silks. In 1948 the Designers expanded their operations into a barn owned by the Demetrios family in Folly Cove. The barn was open from August 1 through Labor Day for demonstrations and sales. In 1959, the season was extended from early March through December.

Virginia Lee Burton Demetrios died in 1968; within one year, the Folly Cove Designers ceased operations. As a group, they agreed to stop selling their designs under the name Folly Cove Designers and in 1970 they donated their sample books, prints and remnants to the Cape Ann Museum. Since that time, the Museum's Folly Cove Collection has continued to grow, becoming the single largest repository of work by this talented group of individuals.