The Western Shore with Norman’s Woe 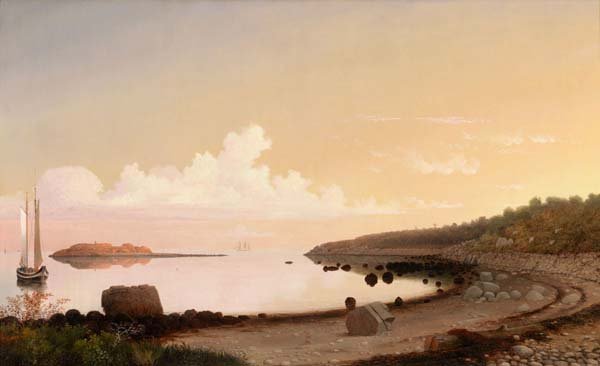 A selection of works by Fitz Henry Lane:

The Western Shore with Norman’s Woe

There is no direct proof that Lane knew (Ralph Waldo) Emerson's essays or that he ever heard him on any of the frequent occasions when Emerson visited Boston, and even Gloucester, to lecture, though on the evidence at hand, it seems unlikely that he could have escaped him. Lane left no diary and few letters, and we still know too little about him. Yet his art is perhaps the closest parallel to Emerson's Transcendentalism that America produced: of all the painters of mid-century, he was the most "transparent eyeball"...

A selection of works by Fitz Henry Lane: