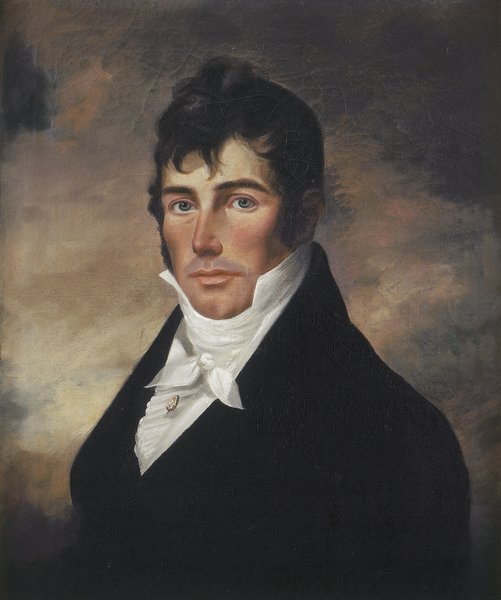 Elias Davis, Sr., was born in Gloucester in 1758 and raised in Town Parish. In 1775, at the age of 17, Davis enlisted in the Continental Army, serving for three months. By 1780, he was commander of the armed brigantine Fair Play which was commissioned as an American privateer.  While sailing off Guadeloupe, the Fair Play was fired upon and sank, forcing Davis and his crew to swim for shore.  Captain Davis received two more privateer commissions before the Revolutionary War ended including the brig Tybalt, the last American privateer to be commissioned.

After the Revolution, as Cape Ann’s maritime economy rebounded, Elias Davis took command of various merchant vessels engaged in the Caribbean, South American, and European trades. Several of Davis’ journals are preserved at Harvard’s Houghton Library and can be viewed here. Between 2017-2020, volunteers and staff from the Cape Ann Museum, led by docent Paul McGeary, transcribed 500 pages of ship’s logs and other primary source documents to better understand Davis’ business ventures, particularly as they overlapped with the institution of slavery. The project’s final report states:

“The manifests and logs indicate that Capt. Davis participated in the so-called 'Triangle Trade' which brought salted fish from New England to the Caribbean, for use in feeding enslaved people, and often returned with molasses, which was used in the distilling of rum for export to Europe. It does not appear that the captain engaged directly in the carrying of enslaved peoples from Africa. We do not have manifests for the two recorded voyages to the Cape Verde Islands, which were close to the slave ports in West Africa. However, the fact that the return voyage from Isla de Maio ended in Gloucester and Boston respectively, making it unlikely that slaves were carried on those voyages, as slavery and slave trading had both been outlawed in Massachusetts at the time of the voyages.”

In the 1920s, Capt. Davis' home on Pleasant Street in Gloucester became the headquarters for the Cape Ann Scientific and Literary Association, an earlier iteration of the Cape Ann Museum. The house remains in the Museum's collection today.