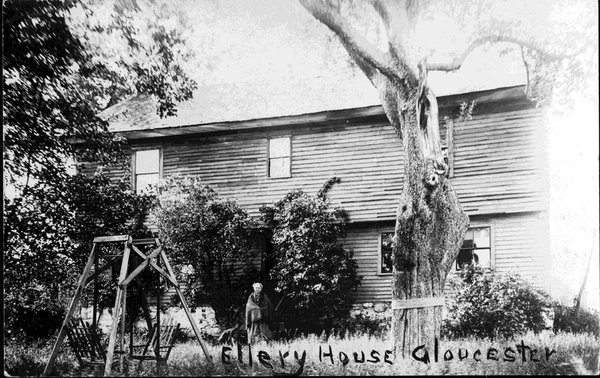 Sarah Elizabeth (Davis) Ellery lived in the White-Ellery House from the time of her marriage to John Ellery II, in 1854 until her death in 1923. She is shown here in front of the house probably in the late 1890s. Keenly aware of the historical importance of her home, for many years Sarah Ellery opened the doors of her ancient house to the visiting public. In 1892 as part of Gloucester's 250th Anniversary celebration, Sarah placed an advertisement in the Gloucester newspaper inviting visitors to tour the "Old Ellery House" for an admission fee of one quarter.