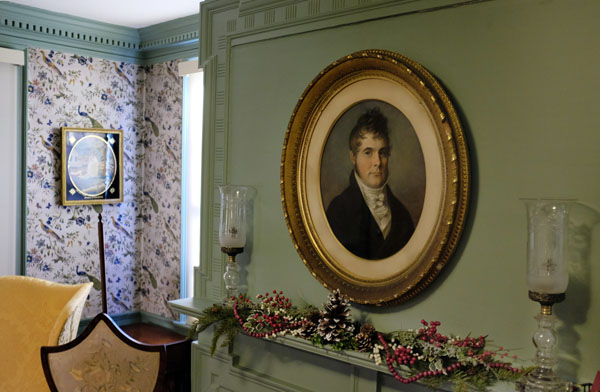 The Davis House is decorated for the Holidays!

Join us for a festive tour docent led tour of the Davis house and learn about the Davis family and life in 19th century Gloucester.

Many of the objects in the house belonged to Elias Davis and his descendants, and include:

• A drawing of the Davis family crest from County Hereford, England.

• A portrait of the Captain painted c.1790 by an unknown Antwerp artist.

• The outfitted medicine chest and instruction book used by Captain Davis in his role as ship's doctor.

• A sampler stitched by Captain Davis's daughter Mary, naming all 13 of the Captain's children.

• A pencil drawing of the house itself, done from memory by son Soloman Haskell Davis in 1830 while he was away at sea.

Space is limited and reservations are required.