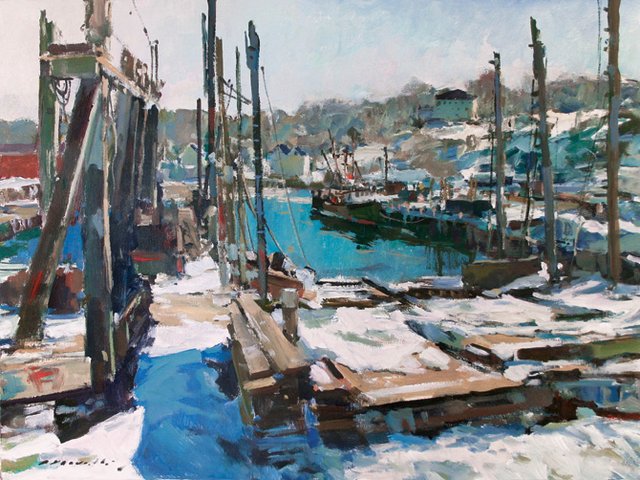 For over forty years, Charles Movalli (1945–2016) was a pillar of Cape Ann’s year-round art community, a distinguished landscape and marine painter, a prolific writer and advocate for the arts, and a widely respected teacher.

His paintings have been showcased in solo and group exhibitions throughout the region and showered with awards; his writings on art and artists have been published widely, and his editorial skills earned him a 25-year stint as contributing editor of American Artist magazine. Often referring to himself as “the luckiest man in the world,” Movalli created a body of work which continues to inspire and delight viewers.

This exhibition is drawn from private collections throughout the region and is complemented by gallery talks and discussions exploring Movalli’s career and influence. A full list of program-related exhibits can be found here.

Support for this exhibition has been generously provided by