Four Winds: The Arts and Letters of Rocky Neck in the 1950's

Featuring work from artists such as Albert Alcalay, Doris Hall, Vera Andrus and others, along with literary contributions from Vincent Ferrini, Four Winds captures the ethos of the Rocky Neck art scene during the 1950's.

Modernists like Gregory Smith, Helen Stein, Nell Blaine, Mary Shore and Gordon Goetemann headline a cast of artists whose legacy is that of exploring fresh subject matter and working in new mediums. The list of featured artists includes sculptors, lithographers, painters, enamelists, photographers, poets and writers—many of whom exhibited their work in the Cape Ann Festival of the Arts.

Related lecturers include writer and Gloucester native Peter Anastas, who spent his youth on Rocky Neck, and Ammiel Alcalay, son of artist Albert. The Museum is collaborating with the Rocky Neck Art Colony to offer a walking tour of the present-day Rocky Neck neighborhood as well.

The Museum will also host Holy Local: Vincent Ferrini's Literary Legacy, a panel appointed by The Gloucester Writers Center to introduce new and ongoing scholarship on Ferrini's literary accomplishments, on June 22 at 1:00 p.m. There will be time for conversation between panelists and audience members. A gallery talk on Ferrini's work will be held on September 14. 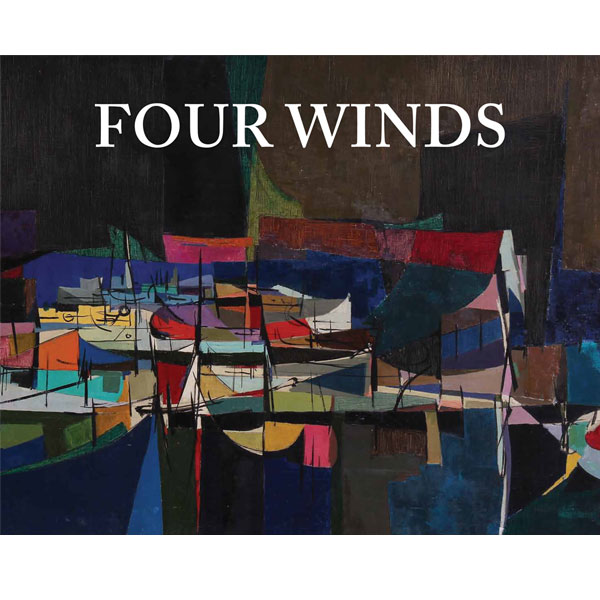 Four Winds: The Arts & Letters of Rocky Neck in the 1950s