Odds Were Against Me 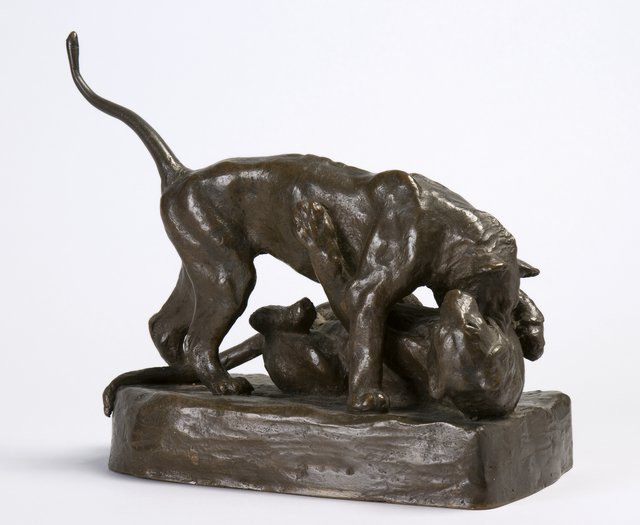 The Museum is currently open to the public Thursday through Sunday, 10am to 3pm.

Odds Were Against Me was organized in recognition and celebration of the 100th anniversary of the passage of the 19th Amendment, granting women in America the right to vote. The exhibition spotlights two renowned women sculptors from the Boston area, Anna Vaughn Hyatt Huntington (1876­–1973) and Katharine Lane Weems (1899–1989). Other artists represented in the exhibition include Cecilia Beaux, Theresa Bernstein and Emma Fordyce MacRae.

Huntington’s larger than life-size bronze sculpture, Diana of the Chase, anchors the exhibition, with selections of Weems’ vivid animal sculptures—including Pelican, Grey Fox and Camels, all from the Cape Ann Museum’s collection—rounding out the exhibit.

A full-length oil portrait by Marion Boyd Allen (1862–1941) offers a view into Huntington’s studio as the sculptor works on a clay model for her monumental sculpture of Joan of Arc. Allen, who began studying painting at the MFA School in Boston in 1902 at the age of 40, had a robust career, going on to exhibit widely in the United States and abroad. On display with Allen’s painting is a portrait of Katharine Lane Weems done in the 1920s by Boston and Manchester artist Charles Hopkinson (1869–1962). Hopkinson was one of Boston’s best-known portrait painters of the early 20th century and was also a close friend and neighbor of Weems’ in Manchester, MA.

If, as scholars have written, women had to work extra hard and possess extraordinary talents to be recognized as artists during the late 19th and early 20th centuries, achieving recognition as a sculptor as Huntington and Weems did was even more of a challenge. Writing in the foreword of Katharine Lane Weems’ 1985 memoir, Odds Were Against Me, sculptor Walker Hancock summed it up this way: "The career of the artist was regarded as a kind of priesthood. He was expected to do with few of this world’s goods and to be so dedicated to his work that no time could be wasted on such things as marriage or a ‘higher education.’ And he was usually a man.… A young woman entering an art class had to prove her mettle. An instructor could be forgiven for wondering whether she ‘stand the gaff,’ as the expression was." 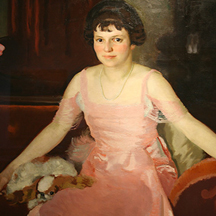 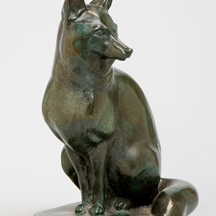 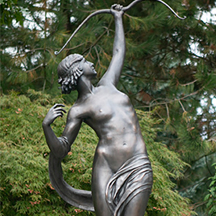 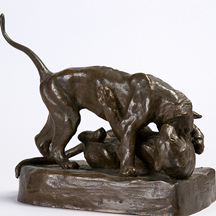 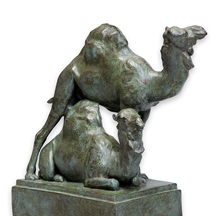 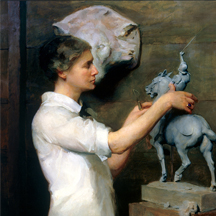 The Cape Ann Museum thanks Tufts University Art Gallery and the Maier Museum of Art at Randolph College in Lynchburg, Virginia, for lending the two portraits showcased in this gallery:  Marion Boyd Allen’s 1915 portrait of Anna Hyatt Huntington and Charles Hopkinson’s portrait of Katharine Lane Weems. As the Cape Ann Museum approaches the 150th anniversary of its founding, we look forward to continuing to expand our collection of work by women artists associated with the region.

→ American Art Review: Odds Were Against Me, by Martha Oaks

→ Press release: Odds Were Against Me Press