Tom and T. M. Nicholas: A Father and Son’s Journey in Paint 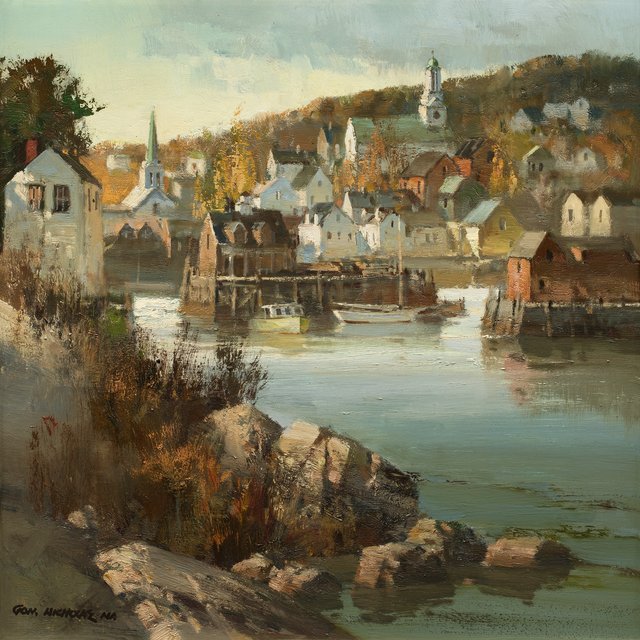 The Museum will reopen with limited hours to CAM Members on Thursday, September 24 and to the public on Thursday, October 1.

To ensure the safety of all visitors and staff,  and we are limiting visitation to Cape Ann Museum members only at this time. Not  a member? Join today!

All CAM Members are required to make a reservation for a specific arrival time; please note reservations cannot be made onsite.

Working with the Nicholas family of Rockport, Massachusetts, this exhibition explores the 40-year journey Tom and T. M. Nicholas have made together—as artists and as father and son. Works from numerous private collections will be showcased and a catalog will be available. Programming will feature gallery talks by T. M. Nicholas and Judith Curtis, as well as a lecture exploring the Cape Ann School of Painting.

Born and raised in Connecticut, as a young man Tom Nicholas studied with Ernst Lohrmann, H. Fisk and at the School of Visual Arts in New York. He has lived and worked in Rockport since the early 1960s, running a gallery on Main Street with his wife, Gloria. Working in oil, watercolor and gouache, the older Nicholas has maintained a busy exhibition schedule over the decades and his work has been received numerous awards and recognitions including from the Allied Artists of America, the Salmagundi Club, the American Watercolor Society and National Academy of Design. He was elected an Academician of the National Academy of Design and a Dolphin Fellow of the American Watercolor Society.

T. M. Nicholas studied with his father and with John Terelak and at Montserrat College of Art; he currently maintains a studio in Essex, MA. Following in his father’s footsteps, T.M. has exhibited his paintings widely, received numerous awards and is represented in many museum collections. Working in the tradition of the well-known Cape Ann School of Painting, T. M.’s work is widely recognized throughout the region.

As part of the exhibition’s related programming, T.M. Nicholas and art historian Judith Curtis will give separate gallery talks. Additionally T.M. will be joined by artist Stapleton Kearns to present a lecture about the Cape Ann School of Painting.