Board Dynamics: An Interview with Ronda Faloon and John Cunningham of the Cape Ann Museum 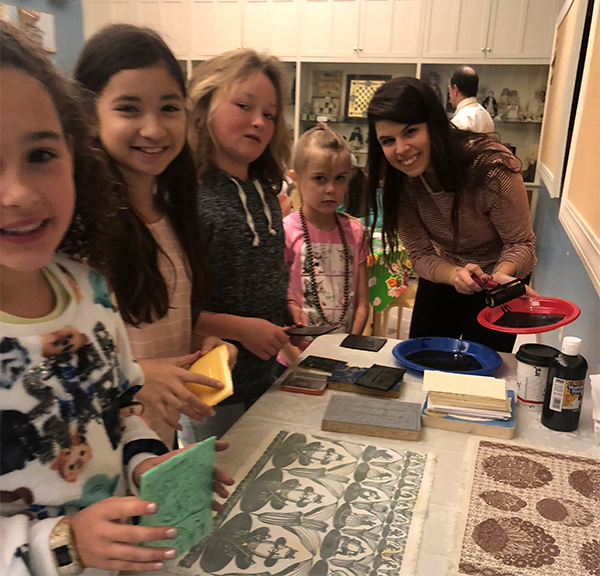 Although there is no “one size fits all” for museum governance practices, one thing is clear. The relationship between the museum director and board chair is the starting point for a successful and effective leadership structure. We asked Ronda Faloon (executive director) and John Cunningham (president) of the Cape Ann Museum in Gloucester, Massachusetts, to shed light on how their board operates, how they handle governance challenges, and the importance of strong staff/board interaction.

The Cape Ann Museum celebrates the rich artistic, cultural and economic traditions of a singular place. Incorporated in 1873, the museum is a vibrant regional center comprised of a complex of buildings, two historic houses and two sculpture gardens. The museum's collections are nationally recognized and include the world’s largest collection of paintings and drawings by native son Fitz Henry Lane, as well as work by other prominent painters and sculptors who lived on, visited or were inspired by the area. The work of contemporary Cape Ann artists is also collected and exhibited. The permanent collection includes fine and decorative arts, and artifacts from Cape Ann’s major industries - the maritime/fisheries and granite quarrying. The museum’s extensive library and archives support the collection and are available for use to researchers, students and the general public. In addition to its permanent collections, the museum offers a rotating schedule of special exhibits and a robust schedule of programs throughout the year.

Late last summer your museum completed a successful, $5 million capital campaign and renovation program. How was your board involved and what were the results?

RF: We had a strong building committee. We were fortunate to have several members of the committee who had had a great deal of facility experience, so they were responsible for driving the renovations ahead. We worked with an architect to help us set up the parameters for the things we needed before we went ahead with the capital campaign.

JC: And we spent many board meetings looking over plans and getting input before getting started on the work, so I’d say the board was very involved in the project during all phases of the project. The capital campaign especially was a collaborative effort between staff and board. We had a campaign steering committee with board members and non-board members. We had some consulting help, which encouraged us to raise our sights a little bit. And we exceeded our goal by 20%. Overall it was a very good experience for the museum. We got a lot of community interest in the museum and I think people are very proud about what is happening here. I think it’s also helped us attract new board members.

RF: It also gave us an opportunity to expand our donor base. We really had a very small number of people who gave major gifts to the museum every year, and I think as a result of the campaign we’ve found a greater number of people who are inclined to support us. So that’s been positive too.

How has the board changed through the years?

JC: We’ve always had a diverse board. We’ve had sculptors, residents with diverse skills. I think like all boards we’ve tried to reach out into different segments of the community, which is one of our strengths. Our board has grown in number, particularly as we’ve tried to involve people from other communities. We started out with maybe a dozen or so, and we’ve added to it. Now we have 22 members.

The Cape Ann Museum board does not have term limits. How do you recruit new board members?

RF: We have a three year term, which is renewable, so we have the opportunity to have that conversation on a regular basis about whether individuals want to continue their board service.

JC: This is something we’ve been having discussions about as a board, talking with other institutions about how they do recruitment, and thinking about what’s right for us.

RF: We’ve spent the last few years working on the bricks and mortar and taking care of some urgent needs. Now we’re in the process of looking at our governance and thinking about what we want to become as an organization. So we don’t have all the answers right now. We’re probably asking many of the questions a lot of other museums are asking right now with regards to their governance. We haven’t found it necessarily to be an issue (term limits), but there are a number of people on the board who want to talk about it, so it’s part of our conversation.

What are you doing to bring change to the board?

JC: One of the things we’re trying to do is to develop a strong committee structure. Some are one or two person task forces that report back to the full board or standing committee. We’ve also realized that many people like to participate in affinity groups, if that’s the right term. For example, we have a group that’s interested specifically in our White-Ellery House, a 1710 house that’s out by Route 128. They raised money to help us put on a new roof and develop programming. This is now a potential source for new board members. Same with our Folly Cove Design Collection, which has its own affinity group. Our maritime group too. So when we’re looking for board members, we use the phrase “demonstrated interest in the museum,” and these groups certainly do just that. We also look for diversity in terms of geographic distribution, gender, backgrounds, kinds of expertise they might have.

RF: And age! (laughs) We’re always looking for a board member that represents a younger demographic.

How’s that working out for you?

RF: We have one or two people who are younger, under 40.

JC: 'How do you get younger people involved' seems to be a topic that everyone wrestles with.

Why do people serve on your board?

JC: A love of Cape Ann, its people and its stories. Cape Ann is a very diverse place, and I think people appreciate the museum stewarding that heritage, the arts and fisheries and granite.

RF: I think it’s pretty broad. There are people on our board whose families have been here forever and have been involved in all of the history and are so happy to see the legacy preserved.

JC: And I think there are board members who haven’t been on Cape Ann necessarily all that long, but they really appreciate it and the museum.

What do you do to engage them?

JC: We try to communicate with them a lot. Ronda sends out emails saying 'this is what’s coming up in the next week or two,' or 'here’s a story that was in the Globe,' or…

RF: …Don’t forget to sign up for your NEMA institutional affiliate membership! (laughter)

RF: We encourage them to bring people through. We have many board members who work hard at being ambassadors to introduce people to the museum. They sometimes host dinners and different gatherings to talk about the museum. This helps engage them too. There’s a level of pride, I think, and our job is to keep them feeling proud. We always try to find ways to connect with their passions. Some board members are interested in one aspect of the museum or another, so we always invite them to talks, behind the scenes tours, so they can see about the next issues that might be arising at the museum. I think keeping them informed and engaged are the keys.

Does the board have much of an influence on the content and direction of the museum?

JC: I think a lot of board members make suggestions, but we really rely on our staff to develop the content. We certainly talk about broad theory, for example how many exhibits we should have a year. We don’t want to wear you guys out by having too many! We like the mix of exhibitions, especially covering the different neighborhoods on Cape Ann.

RF: Individually and at board meetings we have many productive conversations that produce ideas. And I soak all of that in. But I would say the staff has total freedom to plan the agenda, the exhibitions, and so forth. And that’s a wonderful thing.

How often do you two interact?

RF: Daily, or more than one time a day. It depends.

JC: We meet on Tuesday mornings at 8 am. I barge in on Ronda every Tuesday for a half hour or hour to talk about what’s going on, what do you think’s important, what do we need to do? We try to keep each other informed about our thinking.

RF: One of the advantages is that we both live in the community, so we both read the Gloucester Daily Times and can say, 'OK, here’s what’s coming up on the horizon, what do you think about that? Do we need to talk about this to the board?' It’s good for John and me to keep our lines of communication open.

Is there any particular governance challenge that you’re working through right now?

JC: I can’t single out one thing, though board development, board succession, and how we do our job better are on our minds.

RF: We’re at the point where we are a different museum in many ways, after our renovation, so during the course of this year we’ll know better what issues will emerge with regard to governance. Who we are, what our numbers look like, what impact the renovation has had, and so on. It will reveal more about what kind of board we want.

JC: At our last board retreat we took up the issue of revising our strategic plan. The last one we did in 2009, and we accomplished pretty much everything that was in that plan, so it’s time to decide where we want to go now. The board is really engaged in the discussion. We’ve gotten research from AAM, NEMA and other sources about board futures and the greater museum environment in addition to Cape Ann. We’re using this to think about how the world is changing and what do we need to do to be on top of that. Any advice for other museums for handling boards?

JC: I feel particularly unqualified to offer advice! I suppose in some ways this museum has a different focus than a lot of museums, so that dictates some of the ways in which we do things. Whether they carry over to someone else’s museum, I don’t know.

RF: Communication is really important. You can’t communicate with your board enough. If they feel like they know what’s going on and they’re involved, they’re more engaged. It’s simple, but important. Remember to tell the good news along with the bad. Sometimes we’re always weighted down with the problems and issues we have, we lose sight of all the good we’re doing along the way.