Architectural styles around Cape Ann vary wildly, from Victorian to Greek Revival to Shingle to Queen Anne. Many buildings show a brash mixture of several architectural ideas. And if a major building — residential or public — was designed and built in the first half of the 20th century, it probably was created ... link to article here 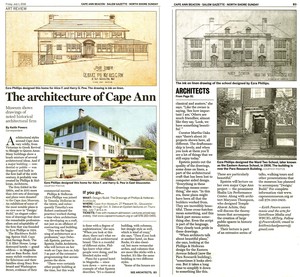