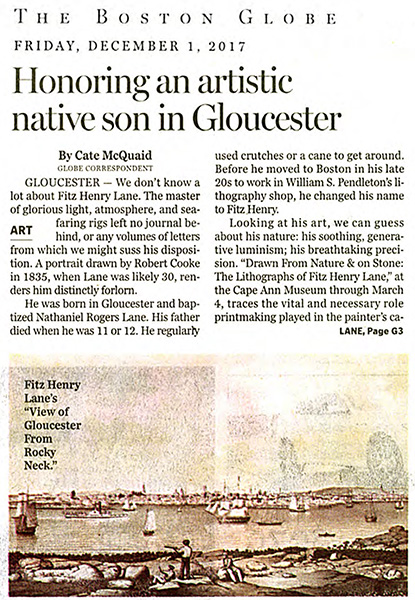 GLOUCESTER — We don’t know a lot about Fitz Henry Lane. The master of glorious light, atmosphere, and seafaring rigs left no journal behind, or any volumes of letters from which we might suss his disposition. A portrait drawn by Robert Cooke in 1835, when Lane was likely 30, renders him distinctly forlorn.

He was born in Gloucester and baptized Nathaniel Rogers Lane. His father died when he was 11 or 12. He regularly used crutches or a cane to get around. Before he moved to Boston in his late 20s to work in William S. Pendleton’s lithography shop, he changed his name to Fitz Henry.

→ Read the article in the Boston Globe here.