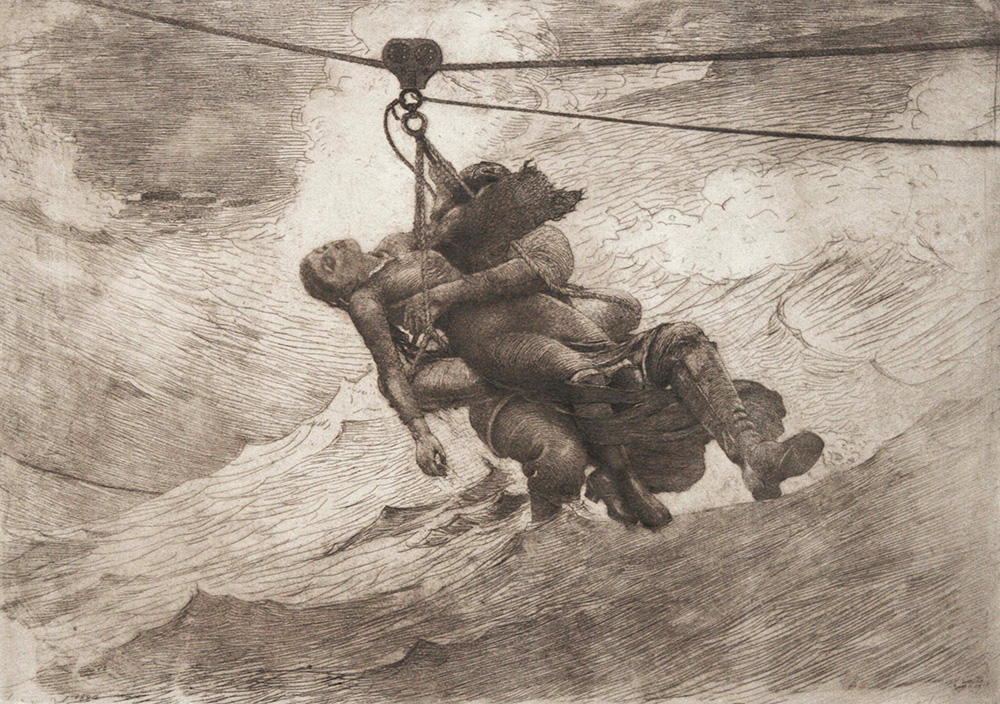 Shipwrecks and the ensuing loss of life and property were a constant threat in seaport communities like Cape Ann throughout the 18th and 19th centuries. While little could be done to render aid to a ship that foundered at sea, if a vessel was wrecked along the coastline, assistance could often be rendered, and lives saved. The breeches buoy was one of the tools available to lifesavers that could be used to rescue passengers and crew off vessels shipwrecked close to shore.

Operation of the breeches buoy was straightforward and was overseen by men employed in the United States Life-Saving Service. When word was received of a shipwreck, the breeches buoy was loaded onto a cart along with other gear by members of the lifesaving crew (who would have been stationed at various sites around Cape Ann) and dragged across the beach. Torches were lit to signal to the shipwrecked mariners that help had arrived and to be ready to receive the shot-line. Using a small cannon known as a Lyle Gun, a shot-line was fired into the rigging of the stricken vessel and secured to its mast. Attached to the shot-line was a sturdy hawser that would be pulled across to the vessel in distress; attached to the hawser was the breeches buoy. The buoy was essentially a pair of heavy-duty canvas shorts (or breeches) attached to a cork life ring. Once the breeches buoy was pulled across to the vessel, one by one the crew of the distressed ship and passengers, if there were any, would be secured into it and pulled safely back to the beach. 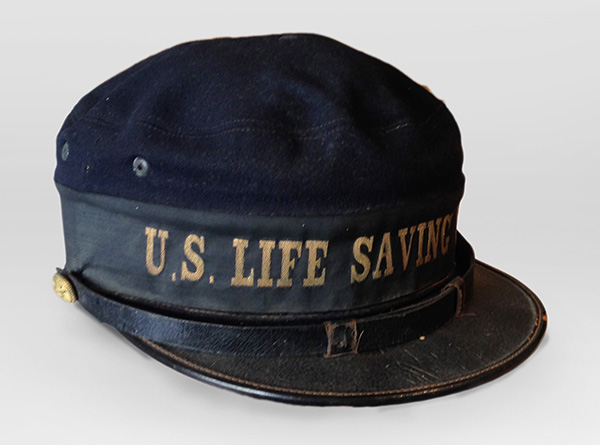 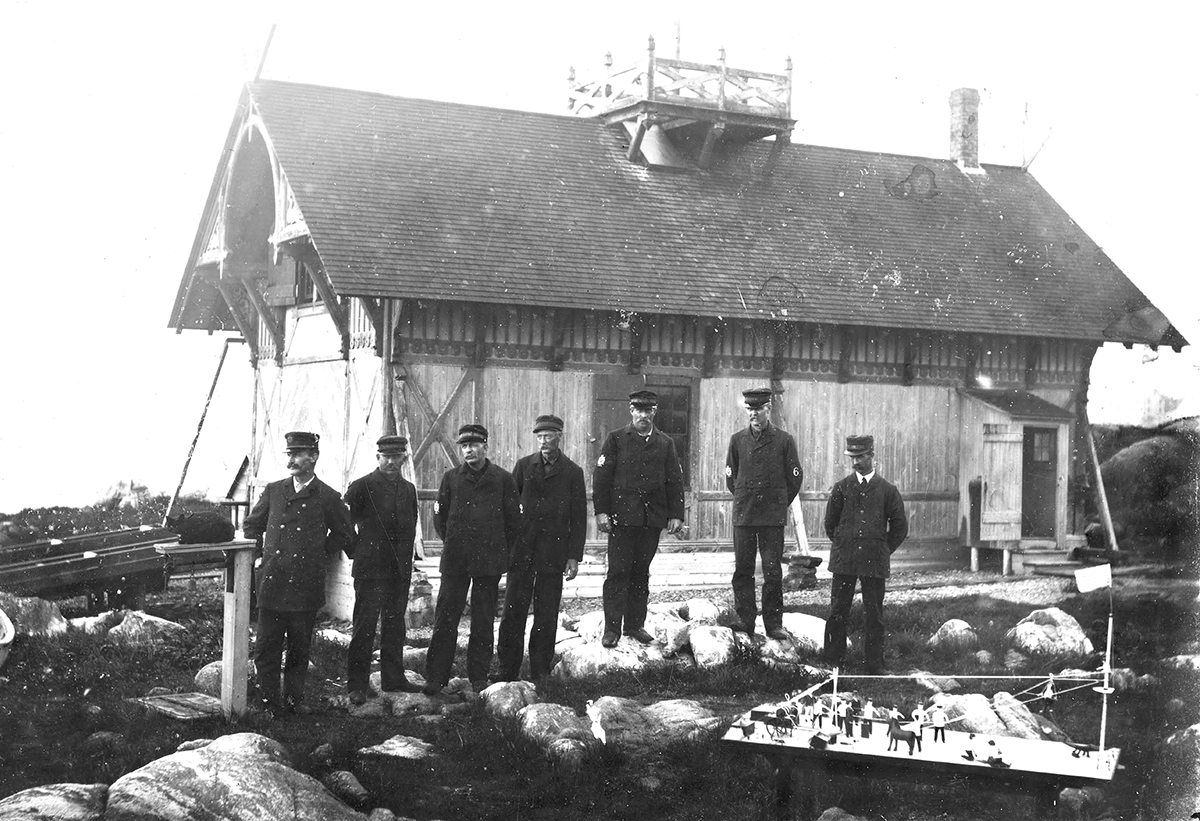 The Life Saving Station at Davis Neck, Bay View. The Breeches Buoy model seen in the foreground was made by George C. Stanwood (the central figure) and is currently in the Cape Ann Museum’s collection [#632]. Photo c.1880s, Cape Ann Museum Collection.

→ Read more about the history of the Breeches Buoy here